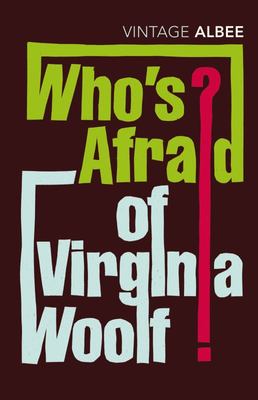 Who's Afraid of Virginia Woolf?

Middle-aged history professor George, and his wife Martha, are joined by another college couple. The result is an all-night drinking session that erupts into a nightmare of revelations.

'Martha: Look, sweetheart, I can drink you under any goddamn table you want...so don't worry about me! George: Martha, I gave you the prize years ago...There isn't an abomination award going that you... Martha: I swear...if you existed I'd divorce you...'

Edward Albee was born on 12th March 1928. He was adopted by Reed and Frances Albee at the age of eighteen days. Reed Albee was the heir to a vaudeville empire. In 1949 he moved to Greenwich Village and became involved in the artistic scene there. He has received three Pulitzer prizes for drama and in 2005 received a special Tony Lifetime Achievement Award.